CDT-MOD-2000 Duct combines CO2 and temperature measurements in one device installed in air ventilation duct. Illuminated display ensures easy readability also from a distance. The CDT-MOD-2000 Duct has a screwless lid and an easily adjustable mounting flange that make the installation of the device easy.

The CDT-MOD-2000 Duct series transmitters calibrate themselves automatically using ABC logicTM. The ABC logicTM requires that the space in which the transmitter is used needs to to be unoccupied for four hours per day so that the indoor CO2 concentration drops to the outside level. CDT-MOD-2000-DC Duct is a dual channel model with a measuring channel and a reference channel that makes a continuous comparison and the necessary adjustment accordingly. CDT-MOD-2000-DC Duct is also suitable for buildings that are continuously occupied.

• Separate Modbus output for each measurement parameter (CO2 and T) 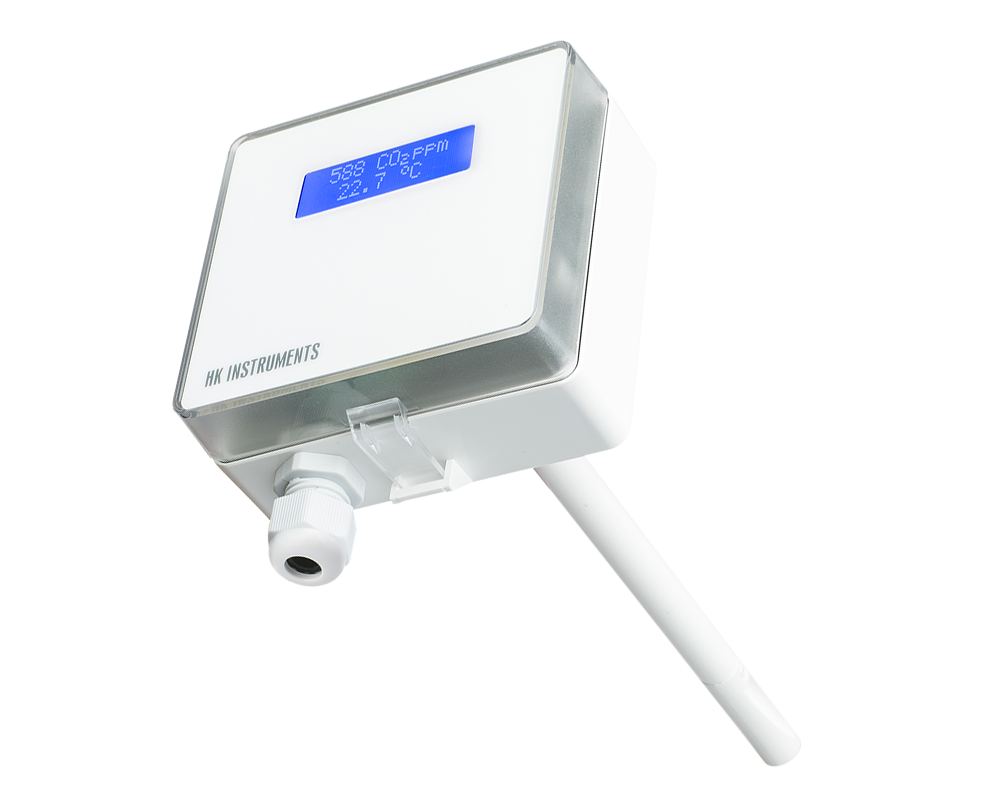